In Through the Mists, Chapter 11 (The Home of The Assyrian), Aphraar (Fred) visits Siamedes the governor of one of the spheres in the spirit world, in where people are freed from pain inflicted by others and redeemed from pain and suffering. The centre-court is adorned by a living tree-fountain, which possesses healing and rejuvenating powers, removing any traces of sorrow from the inhabitants.

“We were by this time passing through a magnificent vestibule[19] leading evidently to the courtyard or garden, which I could see in the distance. From either side of us ran corridors, out of which apparently innumerable apartments opened; and here, I had a splendid opportunity for noticing the self-luminous atmosphere to which I have before alluded[20]. In the very centre of so vast a vestibule, one would naturally expect to find an almost midnight gloom; yet neither here, nor in the corridors adjacent, could there be detected the slightest indication of a shadow. Stair-cases of stately – grand, majestic, noble (impressive or grand in size, appearance, or manner) proportions rose at intervals to the terraces above, on all of which, wherever facility offered, were found trees, plants, and flowers, in more than oriental  luxuriance, interspersed with statuary[21] and tapestries which baffle all attempts at description. 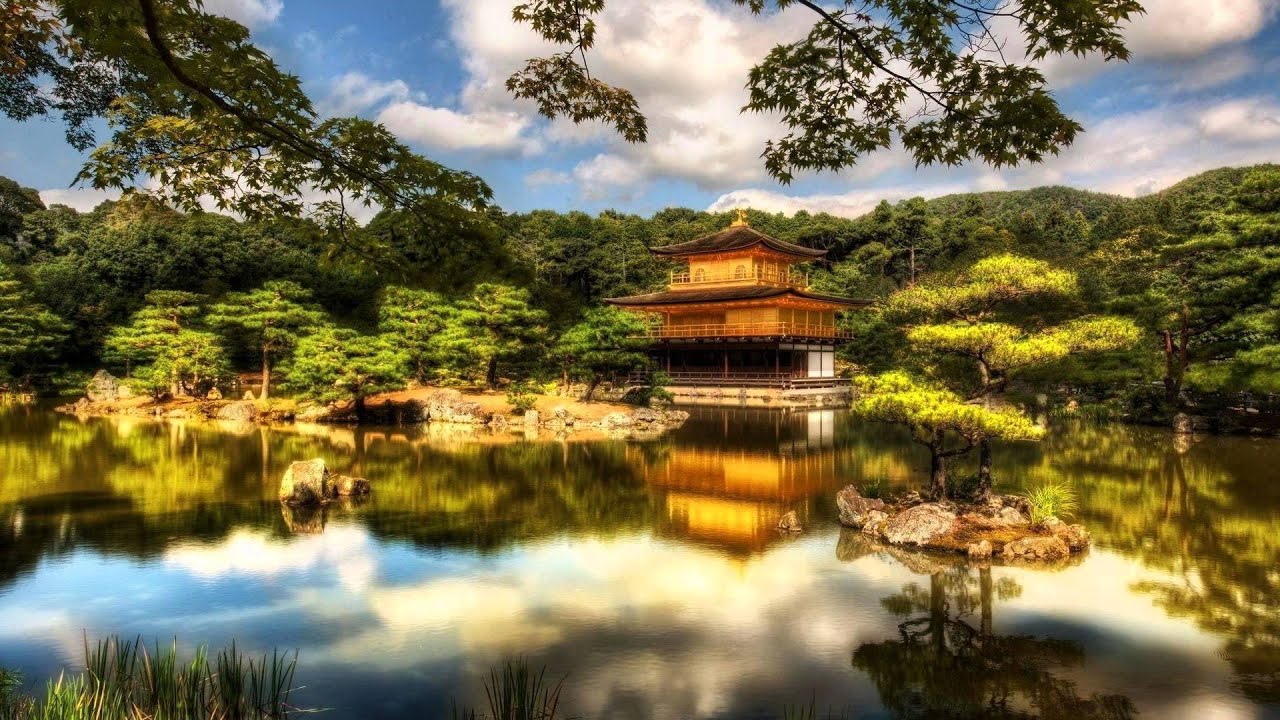 On reaching the courtyard, I at once discovered the reason of its being selected as the starting-point of my inspection of the palace. In the centre stood, or played – I hardly know how to describe it – an unique aqua-botanical marvel, which was at once both tree and fountain. From a coral-tinted basin, it rose in a huge body of water, some four or five feet in diameter, as if passing through a transparent conduit. At the height of fifteen feet, its branches began to reach out in every direction, each of which was luxuriant with its triple burden of ever-changing leaf and flower, and fruit. I say ever-changing, because no sooner had leaf, or flower, or fruit reached full development, than by some mysterious power it was severed from the tree, as though gathered by unseen hands, and carried into one or other of the multitude of apartments which completely surrounded us. It was an object lesson in the process of nature, the mighty forces of which were visibly operating before my eyes. I gazed upon the sight in amazement, almost awe, and at the same time marvelled, to what use the products of this wonderful tree were applied.

As if to answer me, Siamedes stooped and gathered two or three of the leaves which had fallen at our feet; in colour they were of a pale, bright, almost emerald green, while to the touch, they were soft and velvety. When I had thoroughly examined them, my companion closed his hand upon them, and as they were pressed I was conscious of a very soft and delicate odour, producing a marked and exhilarating effect upon me. Then he opened his hand, upon which there was left just a trace of moisture, but no sign of the leaves remained. A smile passed across his features as he beheld my astonishment, and he proceeded to explain this singular phenomenon[22].

“This,” said he, “is the tree, and also the water of life, so necessary to restore the weary and recuperate the exhaustion of those who come here to rest. It forms a method of re-invigoration, which is the equivalent of the Chorale. The stream which supplies and energises this tree, as also many others in similar homes, is the strongest and richest of which we have any idea; we are told it takes its rise in the vicinity of the throne of God, for it never varies in the constancy of its flow. To us who know it best and watch its workings, the most marvellous quality it possesses, is its remarkable adaptation to the particular requirements of every case to which it ministers. It leaves nothing for us to do, but watch and wait while it works a complete restoration. When its cooling spray falls into the eyes, the foundations of the fountain of tears are completely wiped away; it lingers upon the care-worn brow until every furrow has disappeared; it drops its seed within the broken heart, then laves[23] it with melody until the song of victory has bloomed. But come and see some of the friends who are lying beneath the benediction[24] of its waters, till they recover from the effects of Earth’s ‘fitful fever’.”

I shall not attempt to describe the apartments in which these weary children of Earth were sleeping the shadows away. If words would serve me for the purpose, no mind imprisoned in the limitations of mortality has power to grasp it. Let it suffice to say that love had contributed the handiwork of its devotion; affection had lavished its choicest treasures; the gems of ease from every land had been improved upon; sympathy and skill had exhausted their store-houses, until the Great Designer of the heavens had made that resting-place for His children touch the standard of His own desire, and then pronounced it good.”

[1] Subsidiary; serving to assist or supplement

[3] Sceptre; a staff or baton borne by a supreme ruler as an emblem of authority

[4] Annihilated; to destroy something completely, especially so that it ceases to exist

[5] Avarice; excessive or insatiable desire for wealth or gain

[7] Involuntarily; made suddenly and in a way that you cannot control

[10] Sauntered; to walk at an easy unhurried pace

[13] Creedal; any doctrine of religious belief

[17] Arbitration; submission of a dispute to an unbiased third person

[18] Futurity; the future as a concept or state

[21] Statuary; a collection of statues

[24] Benediction; something that promotes goodness or well-being